i was watching fox the other day and noticed that they named their sunday lineup "LOL sundays". thats so cool, fox is the only big network other than mtv that can relate to me. my friend and i were watching mtv the other day when nelly came on and my friend was like "omg nelly rules". hes such an idiot, he only listens to trendy music. at least i like original stuff like beyonce. what kind of trendy loser listens to nelly? my friend. i cant believe what a faggot my friend is for listening to that homo nelly. 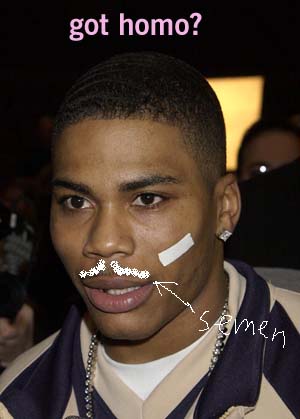 i hate my parents. they told me to do my homework and i told my mom to go to hell. authority sucks. i hate doing homework. i wish every station played mtv so i could listen to beyonce all the time. except when they play nelly, that faggot.

read more of my opinions!!!