You know, every day when people wake up and go to work to spend 12 hours being chained to a desk, they make an assumption: they assume that when they go outside to their car, that they're not going to find A BROKEN WINDOW AND HALF THEIR SHIT STOLEN.

About a month ago some asshole tried breaking into my car. It was obvious that the chicken shit spent a lot of time; he [yes, I'm making an assumption, if this bothers you get bent] went around to all my windows, wiped away the dust, looked inside, cut the window seals, etc. There was no break-in and nothing was stolen. The moron couldn't even break into my car after spending what must have been at least half an hour trying to pry my windows open.

So the other day I come out to my car and notice that chicken shit had been back, except this time he tried the direct approach: breaking my window. There was glass everywhere and the car was trashed. I noticed that not all of my CDs were stolen. Chicken shit decided to take only the CDs that he liked. So not only is he stealing my shit, but he's insulting my taste in music by not stealing everything. I must be dealing with a high-class thief with discriminating tastes.

Ironically, the most expensive things in my car were my books, which he didn't steal; I guess the thief isn't a budding mathematician.

Why it's a bad idea to steal from me:

Most people sleep. I don't. Instead, for the last seven nights I've stayed up waiting for the thief to return. I don't get bored waiting, I have my machete to keep me company: 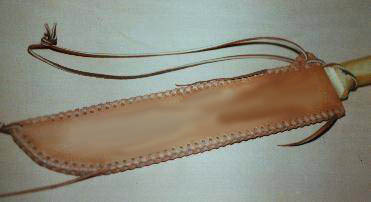 When I see the thief, I'm going to run down and cut off his balls. Nothing fancy. Just a quick jab to the nuts.

254,355 chicken shit thieves are too lazy to get a job and would rather risk having their balls cut off by stealing from me.