All You Clinton Sympathizers Are Bleeding Heart Sissies 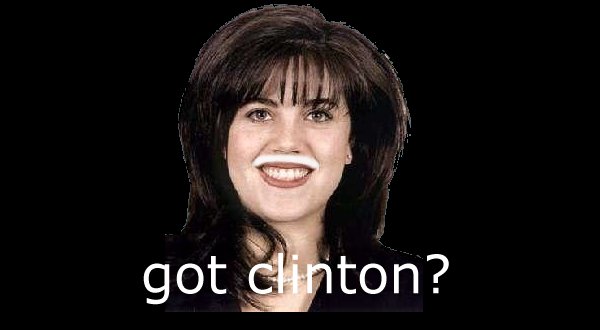 So he got his knob shined in the white house, nobody's business but his, right? Wrong. People don't have sex on accident. That draft dodging horny bastard screwed that supreme whore, Monica Lewinsky, and now he's looking for sympathy?! Wake up you jerks. He doesn't need sympathy. He needs to be flogged, like in the good days when presidents were flogged on a daily basis, just to keep them in line. Now everything is politically correct and user friendly. To hell with it, I say. Things should be harder to understand, harder to use, and as painful as possible. Pain builds character.