Hollywood: still out of ideas? How about another black-guy-meets-white-guy comedy? 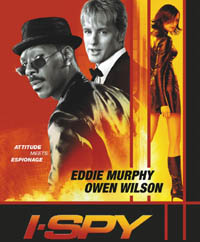 Am I the only one who would rather be shot in the face than see another black-guy meets white-guy comedy? It seems like every other month Hollywood blows its load on another one of these black-meets-white crap-a-thons. The plot usually boils down to:

-There is a terrorist organization / Kingpin / Evil Rabbi who is planning to blow-up a yacht full of nuns / assassinate a congressman / conspire with aliens and the only people in the universe who can stop them are a rich, upper-class white cop and a sassy black detective with street smarts.

-They team up due to uncontrollable circumstances and find themselves in many awkward but hilarious situations. For example, there's always the scene where the two cops are in the same car and one of them starts to listen to either rap or country, and the other one has culture shock and acts as if they've never heard of AN ENTIRE GENRE OF POPULAR MUSIC BEFORE. They fiddle around with the radio back and forth and slap each others' hands like a couple of patsies until they finally either break the radio or turn it off.

-There's always a solid 15 minutes devoted to what can best be described as cultural show-and-tell where the two cops teach each other how things are done their own respective ways. A typical scene would be to have the white guy trying to pick a lock and the black guy uses his street smarts to bust the door open. There's always some dumbass in the audience who laughs during this part which pisses me off. 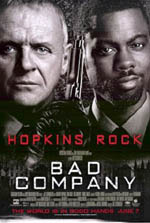 -The chase scene where they come oh-so-close to capturing the bad guy, but conveniently lose him at the 40 minute mark so they have another 45 minutes to jerk us around with depressing filler about the characters' backgrounds. The black guy always has a girlfriend or wife who is killed, and then the audience is expected to overlook all the stereotypes built into the character and say "woah this character is pretty deep." The white guy gains a new perspective and respect for his urban partner.

-THEN SOMETHING OR SOMEONE SUDDENLY EXPLODES TO INTERRUPT THE SCENE BECAUSE IT'S IMPOSSIBLE TO TRANSITION INTO ANYTHING MEANINGFUL SINCE THEY'VE COMPLETELY LOST THE AUDIENCE AT THIS POINT.

-Bad guy gets killed, but not before wounding the black cop in the shoulder and the white cop in the leg. Just as the bad guy has his dying breath, the entire police force / CIA / swat team arrives to clean up and "take over from here." With 5 minutes left in the movie, the two characters reflect on what a great team they make despite their obvious differences, and they end with some patronizing message about black people being able to get along with white people in typical GI Joe "today's-lesson" fashion. The movie fades as they show the white cop dancing to rap music to symbolize his new cultural understanding. I feel sorry for the actors who are all usually very talented, but somehow got sucked into doing another cliched cop movie.

Possibly the only thing worse than black-guy-meets-white-guy movies are east-meets-west movies. Replace every black stereotype with an asian stereotype and you have your typical kung-fu action comedy.

They sometimes try to market these movies as "suspense thrillers." What the hell is a suspense thriller? When you go to the rental store, do you ever say to yourself "I'm in the mood for a suspense thriller?" No, because if you did you'd look like an asshole. It's one of those bullshit buzz phrases marketing people use to hype up a movie so gullible suckers like you will see it. Any movie that contains any of the following phrases during the previews is bullshit:

How can a movie be "one of the best"? There's only one "best" movie, so saying something is "one of the best" is stupid and doesn't make sense. Technically any movie that's not the worst could be considered "one of the best." Imagine that, another empty phrase used by marketing people. I want to punch someone in the throat.

935,680 people hate movie stereotypes but are just too stupid to recognize them.