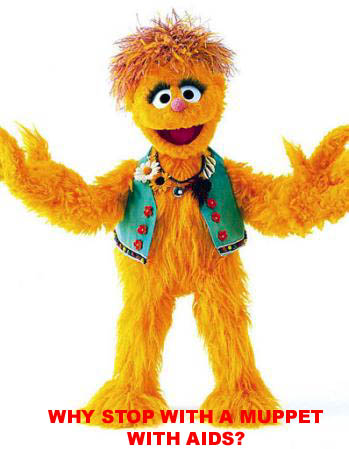 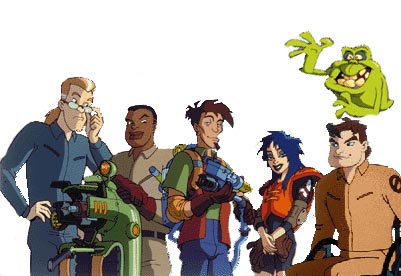 Here's a stupid idea: make a character for a popular children's television program with a sexually transmitted disease targeted to kids who don't know what sex is. What ever happened to cartoons and characters who didn't have AIDS or some crippling disease? That's exactly what ruined the new Ghostbusters cartoon, "Extreme Ghostbusters." Instead of keeping true to the original series, they went off and changed all the characters and made them EXTREME. You have a black guy, a hispanic guy, a woman and a cripple. Please. You could sleep with a Thai hooker and experience less diversity than a 20 minute episode of Ghostbusters EXTREME. What the hell makes it so "extreme" anyway? Why can't they just make characters in cartoons like they used to: without "extreme" attitude? I can just picture the creative force behind the series brain storming: "Hmm.. what can we do to make this more extreme? How about we add a woman to the cast! Wait wait... not extreme enough, let's make her hair blue! And let's make one of the characters a cripple.. no wait, make that an EXTREME cripple." If they want to pull this shit, why don't they do it with something other than Ghostbusters? They could make an entirely new show devoted to it and they could make every character have AIDS or herpes or some debilitating disease. Nevermind the concept of super heroes, we have to focus on appeasing the quota of diversity (super heroes aren't diverse enough).

Well I say, why stop at AIDS? To help out the creators of the new character with AIDS, I went ahead and made some sample characters that I hope will be used in Sesame Street in the future. I just hope they're "extreme" enough:

If we're going to have a muppet with AIDS, why stop there? Why not teach kids other important life lessons? Like the fact that it doesn't matter how hard they work, they'll never make it big unless they have the right connections.