9 things I learned about the world according to anonymous
stock photo models.

I was searching for shitty telecom companies the other day and Qwest came up as the first result (the 2nd through 6th results linked to Verizon). So I clicked the top link and saw this:

"Finally," I thought to myself, "a site that sells chubby black women." Unfortunately, after hours of searching there were no black women to be found; only DSL and local phone service. Here are some other photos I found on corporate websites, and what I learned about the world based on the images: 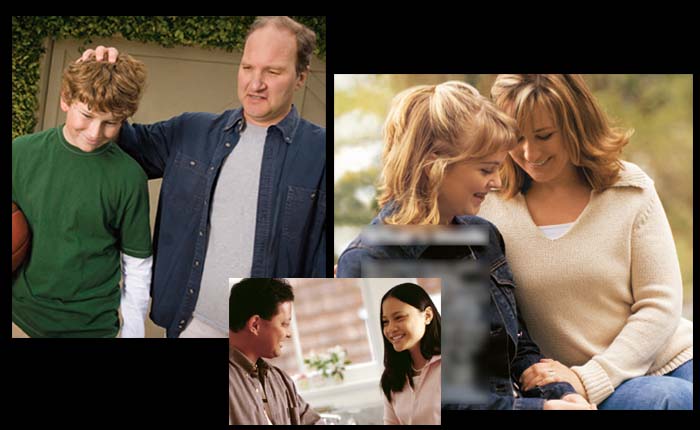 There aren't many things I don't want to experience in life, but the sensual caress of a parent going through mid-life crisis is one of them. 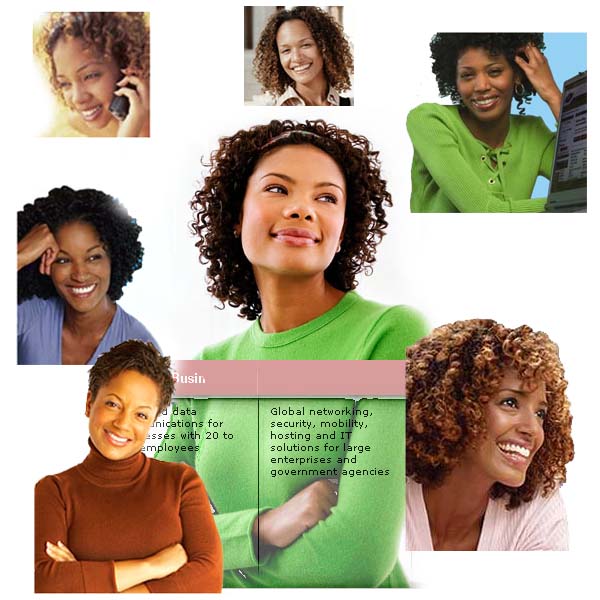 Possibly the first and only cliche in history I've wanted to bang, curly-haired black women are the preferred marketing tool to sell obscure telecom products and telephone services so long as their skin tone isn't too dark. She should be dark enough to score that hip diversity dollar, but not so dark as to scare away that heartland racist dollar.

Microsoft also tried to employ use of the hot black woman for marketing Vista recently, but as usual, they got it wrong: 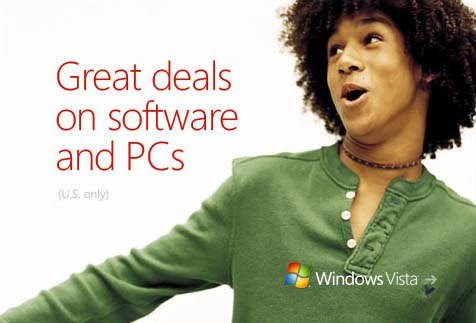 I don't know Ron, but I guarantee you that Ron has never said "allow us to provide you with excellent customer service." In fact, I'd be willing to bet that Ron provides satisfactory, but not excellent customer service, jerks it to manga, gets in heated arguments over Battlestar Galactica, and hates his job because his boss doesn't appreciate him enough. But some day Ron will get his degree in computer science, quit his job, and then his boss will be sorry for not paying Ron more! Until then, he's an undersexed shill. Unless the beefy, goateed computer programmer look is making a comeback, and based on personal experience, it hasn't.

Here's another gem. Can you guess why this man is smiling? 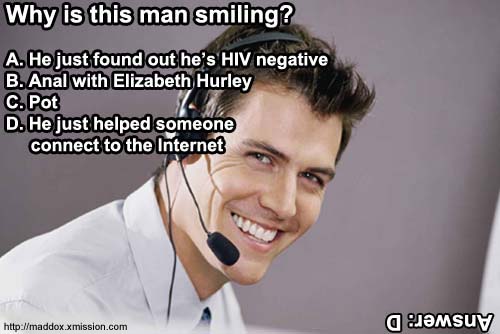 There are only three reasons you should ever be this delighted about anything, and all of them involve you being a hot chick, meeting me, and lube.

4. At least 1 in 3 people chosen at random will necessarily be "African American," even though only 13% of the US population is black. 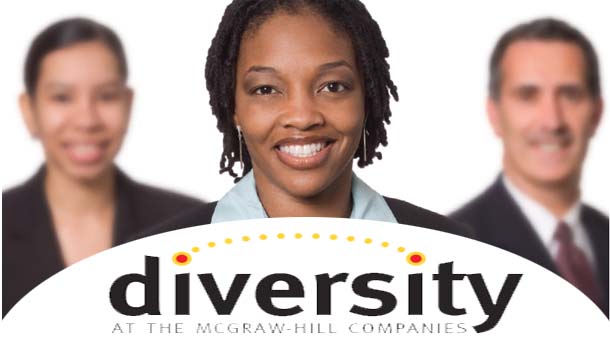 When a corporation claims to be diverse, what they really mean is that they hire black people, asians, and a latino every now and then. There is no image more meticulously engineered in this world than that of a corporation's statement on "diversity." For example, the energy company Entergy states on its website that the cornerstone of their corporate culture is:

respect ... for every individual regardless of race, gender, nationality, religion, sexual orientation or any other cultural factor. "Tolerance" is insufficient in this organization that values differences...

Entergy should be commended for having the courage to go beyond simply "tolerating" different races by treating them with respect, because it is assumed that other races are not treated with respect unless a corporation explicitly states that they do on their website. The world needs more companies willing to follow Entergy's bold leadership by doing more than just tolerating other races.

5. The amount of forced enthusiasm you have for a commercial product is directly proportional to how big of an asshole you are. 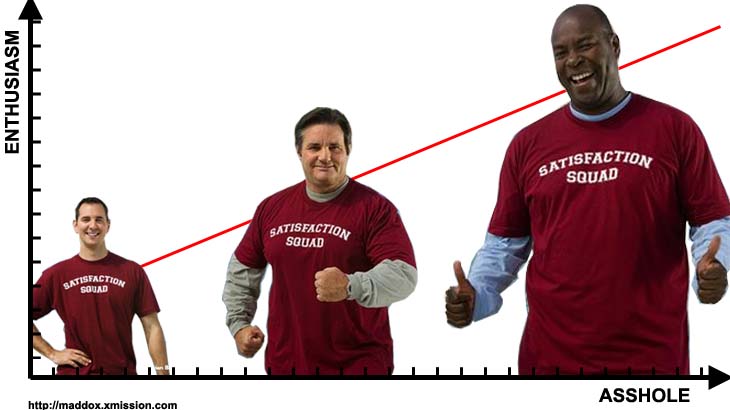 If you could divide-by-zero when calculating the size of an asshole, this is what it would look like: 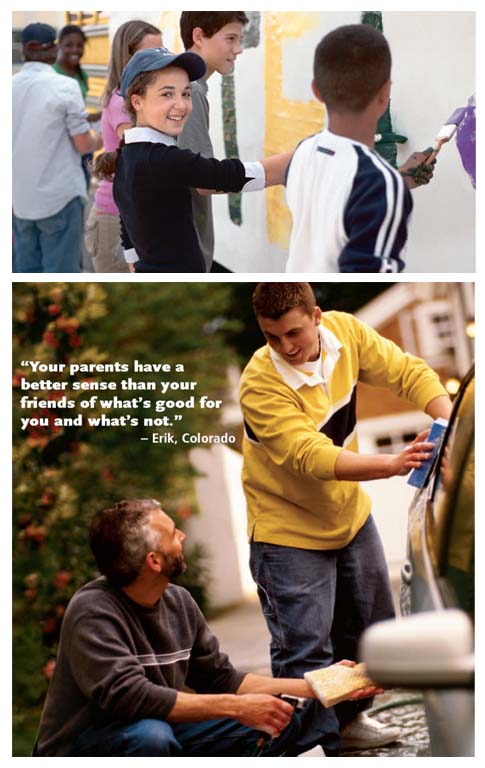 Apparently what's good for kids is to make them wash your car.

I've only had one dream in my life with kids in it that didn't involve me gnawing my feet off, and it had to do with kids doing my laundry.

7. That one-handed, one-knee laptop bullshit is the preferred way to get real work done.

Casual, yet all business.

8. Random-ass white dudes should be placed all over your corporate website for no fucking reason. 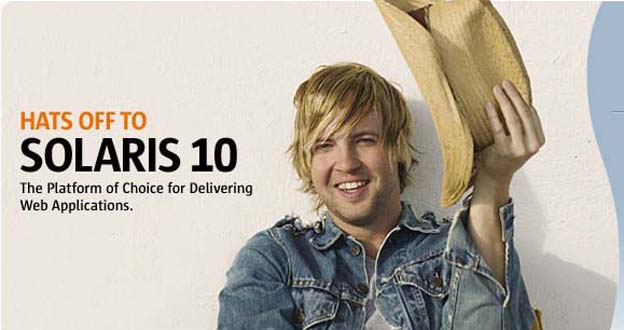 Thanks for the superfluous visual aid, random cowboy dipshit! We couldn't have inferred what you meant by "hats off" without it! 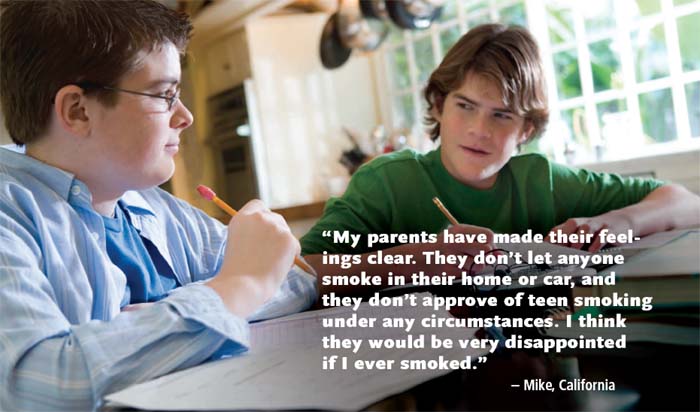 This is an unedited clip from an actual anti-smoking brochure. I'm going to assume Mike is the fat one, and the other kid's name is Jerry. Here's how I envision the conversation went immediately after Mike's confession:

Mike: I think my parents would be very disappointed if I ever smoked.

Jerry: Hey, thanks for sharing your feelings with me Mike. Smoking's totally not cool. I'm glad we feel the same way.

3,845,516 people have a skewed perception of reality due to their inability to recognize subtle corporate propaganda.