Seven reasons why the Xbox can suck it. 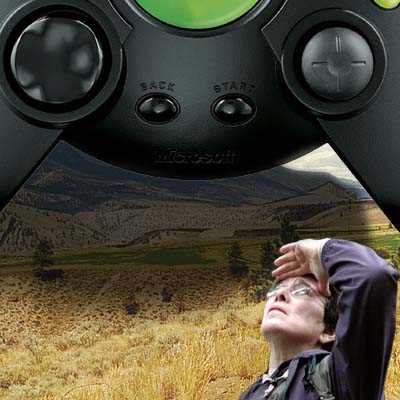 1. Piss-poor design.
The system is the brain child of Seamus Blackley, a 32-year-old red-haired jazz pianist and nuclear physicist. To quote him: "I was flying back from visiting [my girlfriend] and I had just got a new laptop and I was trying it out on the plane and I was thinking about graphics cards and I realized that we could make a machine that had much higher performance than anything else in the industry." Yeah, it's called PC dumbass. Real revolutionary idea. Take existing hardware, throw it together in a big clunky box and call it a console. Everything about the system reeks of poor design. Rather than getting a hand full of the most talented game developers in the world (here's a hint: YOU WON'T FIND THEM MAKING PC TITLES IN THE US ASSHOLE--GO TO JAPAN) and designing a system around the games from the ground up, Blackley comes along with an unlimited supply of stupid ideas about the gaming industry and designs a system that he himself admitted to being "little more than exposed cards with processors and graphics chips hooked to a monitor." No shit? I couldn't tell from how HUGE the case is. It's almost as if it was thrown together with pieces bought off of a store shelf--oh wait. What more, once he senses the impending fizzle of the launch, he bails from the company to work someplace else--where he'll inevitably spawn more stupid ideas.

2. The games suck.
It's been almost one full year since the launch of the Xbox and so far the only game that doesn't suck as much as everything else on the system is Halo. Everything else is either out on another console, mediocre or a boring PC port. Even Halo doesn't cut it as far as I'm concerned. The first person shooter (FPS) genre is best done on PC, period (just because some genres have been represented best on PC doesn't mean I'm biased towards PC, if anything I'm biased towards consoles so quit emailing me). As good as Halo is, it's not even the best in its genre (an honor reserved for Half Life as far as I'm concerned). The Xbox library of games is flooded with shit titles like "Azurik": games that seem more like projects for computer science majors in their senior year at college than professional products. I would rather be shot than have to play one more uninspired ho-hum platform title starring some stupid cat or some random guy that runs around bumping into other vague uninspired objects. Throw that shit away.

Here are some examples of the bullshit games on the Xbox:

Sure, every console has its share of shitty games but the Xbox has a disproportionately higher percentage of them. In fact, I think only the N64 rivals the Xbox in the shitty to good title ratio. When all is said and done, it doesn't matter what I or anyone else thinks about the games, the fact is that the games just aren't selling. All you cry-baby, whining, sniveling bitches can stop emailing me with "HAY MADDOX YOU IDIOT YOU DIDN'T MENTION DEAD TO RIGHTS LOL!!!" Because here are some cold hard facts:

For the entire month of July, only 2 games made it into the top 20 highest sellers (based on units sold), and only 1 in the top 10: Halo at #10 and NCAA Football 2003 at #11. For the month of June, only 3 games made it into the top 20, with only 2 in the top 10. Same for the month of May 2002, and only one in the top 10 in the month of April 2002. Even when the Xbox newly launched, their best month ever has only yielded 4 games in the top 20 with only 2 in the top 10, and don't even bother looking at Japan's stats where the Wonder Swan system is outselling most Xbox games (Source: NPD TRSTS Video Game Service). Compare this to Sony's healthy 15 titles and you can see the big picture. I don't favor Sony's platforms, but these are facts. Any other systems sell this poorly in recent memory? Oh yeah, the Dreamcast and where is the DC now? The DC was by far my favorite system in its prime, but the only difference between me and all you whining Xbox pussies is that I can see the same thing happening here. It doesn't matter how good anyone thinks the games are, because they're just not selling which should tell you dumbasses something. That's not to say that good games always sell, but there's no excuse for Microsoft to have this kind of piss-poor performance because they have all the marketing muscle in the world to make it happen and they're screwing it up. 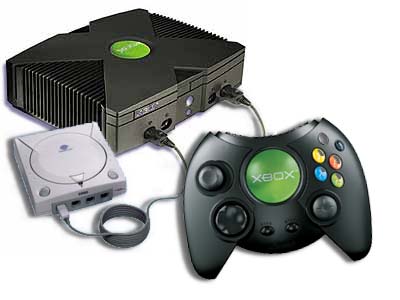 3. The controller is almost as big as my nuts.
This has to be by far the shittiest controller packed with a home console ever. What were they thinking? Over 25% of the surface area on the controller is wasted by a giant green Xbox jewel--you know, in case you forget what system you're playing in between loading screens. You can seriously drop the controller onto a cat from 5 feet and break its back... so I've heard.

What Microsoft should have done was team up with Sega to buy all their unsold Dreamcasts and just use them as controllers for the Xbox. It probably would have been smaller than the 8 lb atrocity that they have now.

4. People who own the Xbox don't play video games.
The average Xbox owner attends Microsoft SQL Server release parties, reads books on database theory and hates games like Super Mario because they're too old for "kiddie" games since everyone knows that it's graphics, not game play that makes a great game. I mean, why play a game that's actually fun when you can waste hours watching rendered, uninteractive intros instead? Ask the typical Xbox owner what other video games or consoles he likes and you'll draw a blank stare. The reason they bought an Xbox was because it's by Microsoft and they're blindly devoted to the company, not because of the games (being as there aren't any). 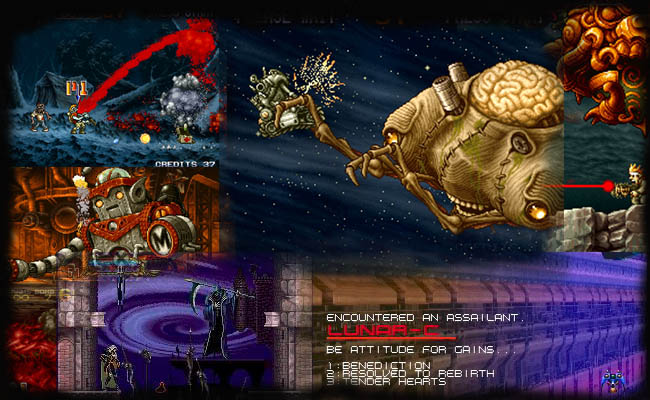 5. No Soul.
You'll never see games like Metal Slug, Radiant Silvergun or Castlevania come out for the Xbox because Microsoft hasn't made the system attractive to the Japanese market. Capcom, Konami, SNK and a slew of other big game developers have turned their backs towards the Xbox except for a cursory presence with a half-hearted title port. There is light at the end of the tunnel, however. Sega is working on a Panzer Dragoon title as well as Toe Jam & Earl III. Regardless, the Xbox is still a PC at heart, right down to the hard drive and buggy software.

6. Shitty philosophy.
Blackley thought he had the formula for a great system because all the components were there for a great system (and they are): a powerful graphics chip, a beefy hard drive, a fast processor and DVD capabilities. What he failed to realize was that just because you have all the raw material to make a great system doesn't mean it's going to be great. Saying the Xbox is a good system because it's powerful is like saying you made a great painting because you used the best set of paints.

The Xbox is designed by people who think they know a joystick from their assholes. The problem is that they're mostly fat boring business men and not gamers. They're out to make a buck and it's painfully obvious in how poorly they're marketing the system (I think they've cornered the market on middle-aged men who buy one or two sports titles per year for their system).

7. Too expensive.
The last figures I heard were that Microsoft was eating $150 on every Xbox sale because they had hoped to subsidize the hardware cost with software sales. Too bad that all their software is shit, otherwise their plan might have worked. Unfortunately, Microsoft has deep pockets so we'll probably have to endure a couple more years of mediocre Xbox titles until Microsoft's share holders decide they've had enough. Don't buy an Xbox. Or if you do, wait until something worth buying comes out for it first.

For all you inevitably offended Xbox owners and developers, quit bitching. I'm not hell bent on the ruin of the Xbox, and I'll eventually buy one, but not until some 'decent' shit comes out for it (ie, more than one game worth purchasing). The point of this article is that there are a lot of dumb cocks out there who buy systems out of blind devotion to the company rather than the games.

1,026,641 biased assholes still love their Xbox despite the fact that everything out for the system is shit.