Ben Stiller should star in every movie.

Man, I love Ben Stiller. I can't get enough of him. Someone needs to invent a way to liquify him so he can be injected directly into my veins in super-saturated form, because his monopoly on comedy isn't enough. 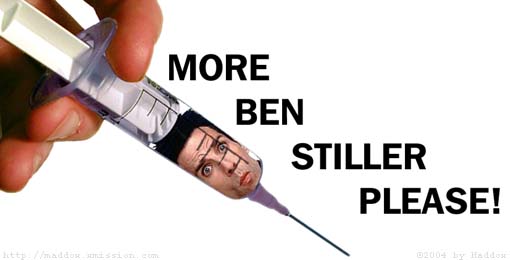 I don't know when it dawned on me that we need more movies starring Ben Stiller, but I think it happened around the time I came out of the theater after seeing a preview for "Envy" during "Starsky & Hutch," an ad for "Dodgeball" in the theater lobby, and "Along Came Polly" playing in a dollar theater across the street. 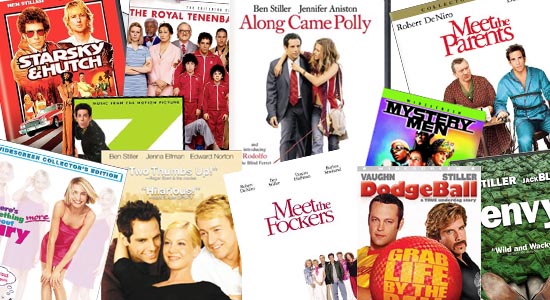 That's just not enough for an actor of his caliber. Each of his characters is unique, displaying the full gamut of emotions on the spectrum (of emotions), ranging from: extremely quirky and neurotic to somewhat quirky and neurotic. Ben Stiller should be cloned so that we can have more of his movies released in theaters simultaneously.

Better yet, why not create a movie where Stiller stars in every role? It could be like "Multiplicity," except good. They could call it: 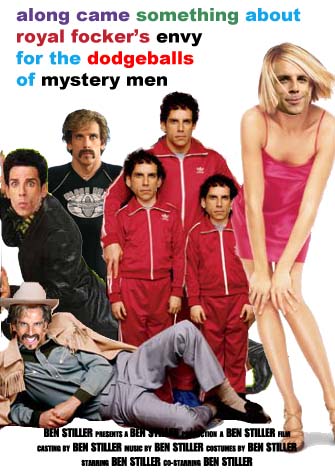 It would be the best movie ever. It would start out with Ben Stiller trying to revive some obscure children's ball game in order to impress his highschool sweetheart, only to learn that she has psychotic ex-CIA parents who hit it big when they discover a formula that makes shitty movies disappear.

2,924,836 Ben Stiller movies are scheduled for release next year.